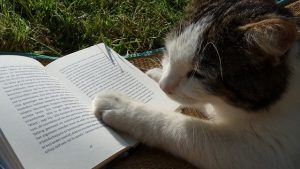 With the news that heretofore widely beloved author Sherman Alexie is apparently a real monster who has preyed on women–particularly Native women–and threatened to ruin the careers of anyone who reported his sexual harassment, I had to confront my own syllabi, which currently (and previously) feature texts by Alexie. There’s nothing wrong with having assigned him in the first place, and certainly appropriate to rethink his place on a syllabus now. But a tweet thread (which has now been marked private, probably due to Internet Jerkism) forced me to confront exactly what I was doing: looking for a way to replace the “Token Native American voice” on my syllabus.

To start, I confess: I love Sherman Alexie’s work. I realize I am not alone in this, but truly for years I have been aware that this is probably one of the most cliché white woman things about me, that I like his work as much as I do. I know he was often held up as the Real Indian that everyone likes, the entry point into Indian Things, the one guy on a syllabus that gestured toward more diversity in the classroom. And yet, I assumed that these were not things he necessarily invited or created for himself, but were the inevitable results of mainstream, crossover success in a white dominated society that typically ignores Native Americans entirely. And why shouldn’t he enjoy success? He was a prolific writer and filmmaker; he supported upcoming Native American and indigenous writers; he spoke honestly about his  own depression. It seemed that he should enjoy whatever success and reward came his way. And he is a good writer; I have assigned his novel Reservation Blues, short stories from The Lone Ranger and Tonto Fistfight in Heaven, and shown Smoke Signals several times to students. I currently have an Alexie story in my Introduction to Fiction syllabus.

And while I continually strive to present a wide range of voices in my syllabi, I cannot pretend I don’t often seek the easiest path–that of less work. Life and teaching and scholarship are more than what I can handle in any given semester, so while I probably should have replaced Alexie by now anyway, I haven’t.* I have taught other Native American authors–Leslie Marmon Silko, Diane Glancy–but Sherman Alexie has just stuck around. I’ve found that students enjoy his work, but he’s not the only author they might like. So I’ve had to rethink his place in my teaching. And that’s when I read a tweet thread that basically called this behavior out. Because it is now private, I cannot post (or recall each detail of) this thread, but it warned against just swapping out one Native voice for another, without critically thinking about why you are doing so. Why are you incorporating one Native voice, anyway? Because you feel guilty? Because someone else told you to? Or because are you making legitimate space for a wide variety of voices? If the latter, then presumably, losing Alexie won’t upend your whole syllabus. But the tweeter warned that treating these Native writers as just bodies to swap out for each other was no better than viewing all Native Americans as a monolithic group with no distinctions or individuality. Whew. That hit pretty close to home, and I had to sit with this critique for a minute. It’s up to me to ensure diversity in my syllabus and to think carefully about the learning objectives and which texts will best meet those objectives, but if I am not considering the why of who I incorporate, then I am really failing at these tasks.

In closing, it’s crucial to state that this issue–Alexie in particular, the #MeToo movement in general–is not about these men, nor is it about the “loss” of the art and contributions these men have made in society. It is about the people they have harmed and what has been lost in their removal from spaces of power and influence. We should be mourning those losses and finding ways to elevate their voices, rather than trying to endlessly get the perpetrators to explain themselves or justify their behavior. I plan to start where I can, in my own classroom.

(Truthfully, finding out that Everyone is Garbage lately has made me rethink many of my choices in the classroom. For example, just after showing my American Drama class clips from Dustin Hoffman’s Death of a Salesman, it comes out that he was a horrid abuser to a woman on that very film set.)

*New syllabi I am creating reflect a better approach in my pedagogy, I think–more women, and more women of color, overall. I finally realized I was neglecting female-authored queer voices in my American Literature survey, so a brilliant colleague of mine at my campus library suggested Claire Morgan’s The Price of Salt, so that will be incorporated into the next version of the course.

–“Sherman Alexie stays silent after being accused of sexual harassment”, by Kevin Abourezk

-“Sherman Alexie Addresses the Sexual-Misconduct Allegations,” by Kiley and Shapiro

–Yellow Woman and a Beauty of the Spirit: Essays on Native American Life Today, by Leslie Marmon Silko

1 Response to Confronting Tokenism in the Syllabus