You may have heard about the new show concept announced from the creative team behind the HBO hit Game of Thrones. The new show, to be produced for HBO, is called Confederate and is set in a “grisly dystopian future” in which the South won the war, remained in secession, and kept enslavement legal. As you could imagine, this announcement generated a lot of backlash, to which David Benioff and D.B. Weiss, two white men, professed great surprise. The article linked above is a lengthy interview with Weiss and Benioff, as well as two African American producers, Nichelle Tramble  and Malcolm Spellman, who will be working on Confederate. In the interview, the team declares the backlash unfair, since the show has yet to even be written, let alone seen. They also emphasize another curious defense against its critics–that the show “will be an alternative-history show. It’s a science-fiction show.” This jumped out at me, since the team has some curious ideas about the history and effects of the Civil War. It also caught my eye because we ave, quite recently, had an alt-history-cum-sci-fi text which imagined an America in which enslavement never ended: 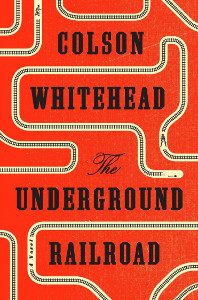 What further irked people about this interview and concept was how condescending the team appeared to be in their comments. Claiming that Confederate was a way to really wake people up to the fact that this “shit is alive and real today. I think people have got to stop pretending that slavery was something that happened and went away.” Clearly, African Americans are all too familiar with the aftereffects of enslavement and how systemic racism works in the United States today. White Americans certainly have blind spots, willful ignorance, or straight up don’t care about these issues, but will a show that imagines a US with legal chattel slavery in the 21st century help those viewers? Or will it simply serve to reinforce the “Lost Cause” notions that have never gone away? Remember, people still fly Confederate battle flags. People still refer to the Civil War as “The War of Northern Aggression.” How would a show that essentially plays into that idea illustrate to people that “this shit is alive today”?

Certainly, a bulk of the criticism is due to the fact that the creative team heading this project is two white men who have brought two African Americans along with them to create this show. But I’m not sure this project would sound much better if it were being helmed by a team of people of color; the very concept itself is both derivative and offensive. Imagining a US which never ended chattel enslavement doesn’t help us imagine a better world. It actually erases the post-enslavement history which landed us where we are in 2017. Thus, the result may not be a critical re-evaluation of our own racial history, but a dodge of that history in the guise of a “sci fi alt history” show.