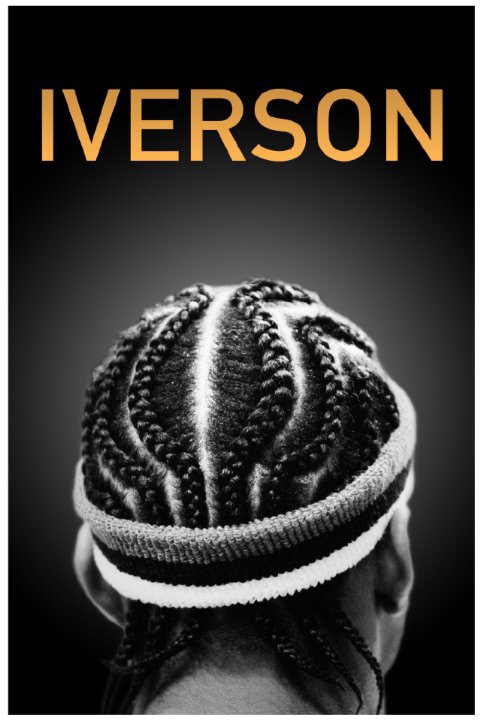 I recently watched Zatella Beatty’s documentary Iverson, available on Netflix streaming. When he was playing in the NBA, I never really knew much about Allen Iverson, except that he was something of a “bad boy” of basketball. After watching the film, I was struck by how relatively mild any of Iverson’s perceived transgressions were, particularly when he is compared to other athletes, whether his contemporaries (hello, Kobe) or today’s athletes (hello, well, everyone).

I did find this documentary fascinating in part because of Iverson’s commitment to a two part ethos: being part of a community and maintaining his personal style, and even these values ultimately worked against him in his career, because he was a player who came to the league too early to benefit from the looser cultural norms we see in 2016. The documentary examines the Iverson ethos (my term) carefully, and shows how his adherence to certain values affected his career.

Community – Iverson was not alone in his desire to help his family and friends with the success his NBA career brought him, but the film focuses on his decision to enter the NBA draft in 1996 as  collective effort. He saw no reason to stay in school when he could be earning the kind of money to keep his family secure for years to come. This framing presents Iverson as a person concerned with community, rather than individuality. Ironically, this communal emphasis may have led him to play the game as more of an individual than a team member.

According to this Washington Post article about his retirement in 2013, Iverson always took care of his crew, whether it was a bar tab or a personal loan. Unfortunately, profligate spending like this may have left him broke, and again, his focus on community may have negatively affected his personal bottom line.

Personal Style – Iverson became famous for his personal expressions of African American style, particularly his corn rows, which gave him an air of realness and represented his community back home in Virginia. He wore loose fitting clothes and had tattoos, which were apparently a really new thing for a professional basketball player to have. (Times have changed, y’all!) These were all markers of his Black identity, which other players started to imitate, and which the NBA itself tried to clamp down on. Apparently, Iverson is the reason we see NBA players wearing suits off court so much these days. And, according to Wikipedia, Iverson was the first player to wear a compression sleeve to help his elbow heal after an injury–and now everyone wears them.

Even as the NBA tried to tighten dress and behavior regulations, Iverson resisted. The film suggests his outward appearance was what kept him connected to his roots in Newport News, and it was important to him to show kids who looked just like him that they could dream big. For Iverson, being a role model wasn’t really about a certain set of behaviors or manners, but rather being authentically Black, so that the young Black men who saw him could easily recognize themselves. It was a different kind of aspirational modeling than we are used to seeing, even today.

What the film does not do (to its credit, I think) is directly compare Iverson to any of today’s basketball players to illustrate just how narrow the lanes were for him back in his day. Criticized for being too individualistic, Iverson was nothing compared to LeBron James, whose ESPN special, “The Decision,” will live in infamy as perhaps the most narcissistic of moments in pro sports. Iverson’s legal troubles were well documented, but he was never involved (that we know, at least) in rape, murder, physical abuse, or sexual harassment, which makes him seem like a Boy Scout compared to scores of professional basketball players and pro atheletes generally. By not focusing on this aspect of Iverson’s story, the film avoids the “man before his time” framing and just lets Iverson’s journey stand on its own.

Having said that, the film does paint a relatively positive, though wistful, portrait of Iverson as he looks back on his past and analyzes his career. Yet it does not delve into the current worries, as recent as 2015, that he is alone, broke, and possibly alcoholic. His divorce proceedings from the past few years have painted a pretty dark picture, and the film cuts past all of that and deals almost solely with his career in basketball, ending with his retirement ceremony. (He was inducted into the Hall of Fame this year.)

It was moving to see Iverson from the 20/20 perspective the documentary affords and see that he had many champions, from his high school and college coaches to mentors within the NBA, who defended him then and still defend him to this day. And yet even with such stalwart support, Iverson couldn’t sustain his career, perhaps because of his insistence on being himself–for better or for worse.