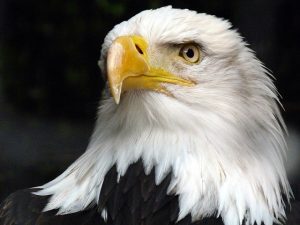 I am teaching an upper level elective, American Drama, this semester. My students are about to embark on their final projects, which are “play recovery” projects. The students had to find a lesser-known play they thought could be placed into “the canon” of American drama, and produce several assignments based on this recovery. I’m excited to see what they come up with! If you want to check out some of their blog posts about their projects, you can read them at: American Drama Blog.

But I have been reflecting on the syllabus for this course, which I constructed with an eye to including more playwrights of color, both men and women, and fewer white male playwrights overall. I think I succeeded in offering students a diverse array of voices while still providing them with a historically informed and academically rigorous perspective on American drama (fyi: it is an English course, not a theatre history course). The only major American playwrights I skipped were Tennessee Williams and Eugene O’Neill. Granted, those are giants of American drama, and I think I could fit them into a revised version of the course, but otherwise, the students hit all the major movements of US drama.  The question that has been coming to my mind as I reflect on this syllabus was: is there a Conservative theatre? What would it look like? Even the predominantly white male theatrical canon is still fairly liberal/progressive by most standards. Tennessee Williams, Arthur Miller, Sam Shepherd: these guys were all eschewing conservative values and social norms.

Of course, theatre has always skewed to the left, since theatre history is a story of outsiders and “alternative” values. The theatre has always been a place where women, gay men, persons with different bodies, and the poor could find work, acceptance, and a place to fit in. Thus, theatre itself has grown left–toward more progressive ideas and more accepting moral choices. While many mainstream, Broadway style musicals or shows may contain socially conservative narratives  in their conclusions-the boy gets the girl, the conflict is resolved, etc-the industry that creates these shows is itself largely maintained by those who support and promote non conservative politics.

So what would explicitly “conservative” theatre look like? Does it even exist? A student mentioned that a strong sense of anti-capitalism ran through many of the plays we were reading, and while that was a reasonable observation, I mentioned that I couldn’t really think of many “pro-capitalism” plays. The musical Annie was the only one that came to mind. But is Annie conservative? (yes, probably, but it was a childhood favorite of mine, so I cannot hate on it.) What would make a play skew more to the political left? Is David Mamet’s work all considered conservative now? To help with these questions, you might find this article at American Theatre interesting: “Enter Stage Right.” The article interviews several self-professed conservative theatre practitioners and how the current state of politics is affecting local and regional theatres.

To more directly answer these questions, you can check out the “What is Conservative Theatre?” page for Stage Right Theatrics, which lists several aspects of conservative theatre as articulated by its founder and Director, Robert Cooperman. These guiding principles are perhaps not precisely “conservative” as much as they are “right-leaning American.” For instance, the belief in “the exceptionalism of the United States” is a pretty standard talking point for US-based conservatives and even some liberal folks, but may not represent “conservatism” elsewhere in the world. Points like “the existence of human nature” seem neither particularly political nor conservative. Thus, the bullet point beliefs listed here are a fairly specific set of truisms that would require very precise playwrighting in order to comply. However, the site also frequently mentions its trademarked motto, “disagreement does not equal hate,” so one imagines the possibility for more flexibility.

But the notion of a conservative theatre praxis is still one that seems difficult to parse. Theatre as an art form can be many things, and its practitioners will always bring a variety of perspectives. But theatre itself was historically shunned/insulted/shut down by the same worldview that founded the United States. After all, the Puritans who came to the US in the 17th century were offshoots of the same movement represented by Oliver Cromwell, who destroyed and shut down all the theatres of England. The colonial Puritans detested theatre, acting, and anything that smacked of Roman Catholic ritual. When domestic theatre finally begins, it doesn’t happen in Puritan New England, but in other more religiously open states. Thus, the history of theatre in the US is one which rejected a kind of conservatism from the beginning in order to thrive. Contemporary conservative theatre, such as it is, therefore owes a debt to the more liberal movements which paved the way for it to exist, at the very least.

This entry was posted in Theatre and tagged conservative, theatre. Bookmark the permalink.